Last Saturday was the Ironman 70.3 race on the island. Unlike the Ironman world championship, held here in October, the 70.3 series covers half the distance. That means there’s a 1.2 mile swim, a 56 mile bike ride, and a 13.1 mile run. However, as with the longer race, Hawi is the turnaround point on the bike leg, so I ambled down to take a look.

Top: Racers heading in opposite directions shortly before/after the turnaround.
Middle: Slowing to make the turn.
Below: Bottles and trash can only be dropped in certain areas, where volunteers quickly pick them up for disposal or recycling.

I figure that if they’re doing a half distance race, it can’t be longer before they offer other shorter versions. I’m waiting until they get down to a one sixty-fourth Ironman and then I’m racing. Still a little worried about the run though. 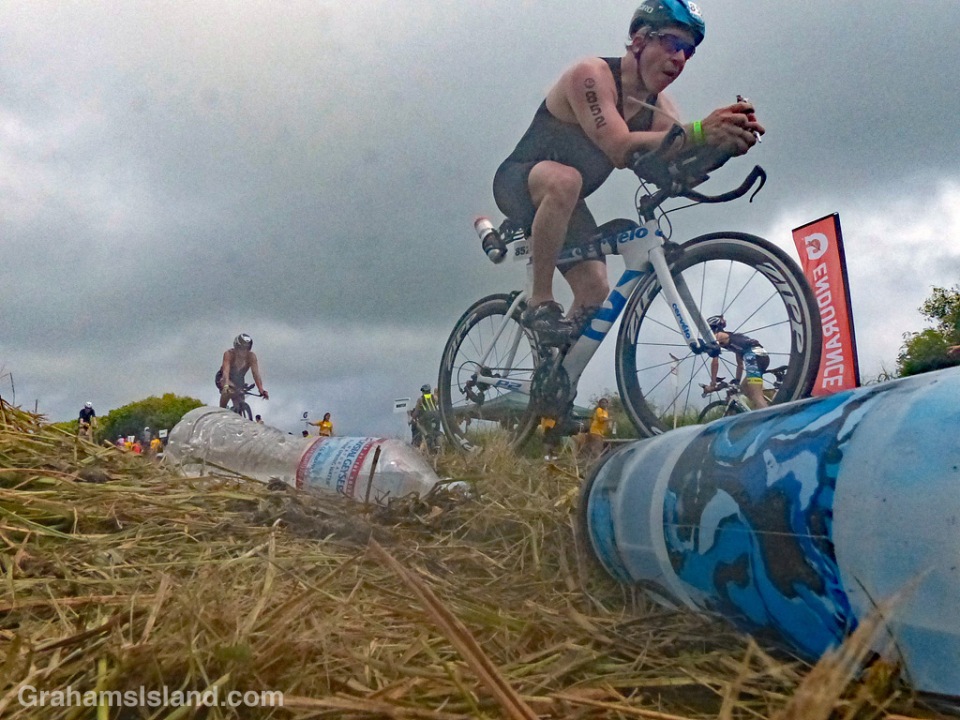