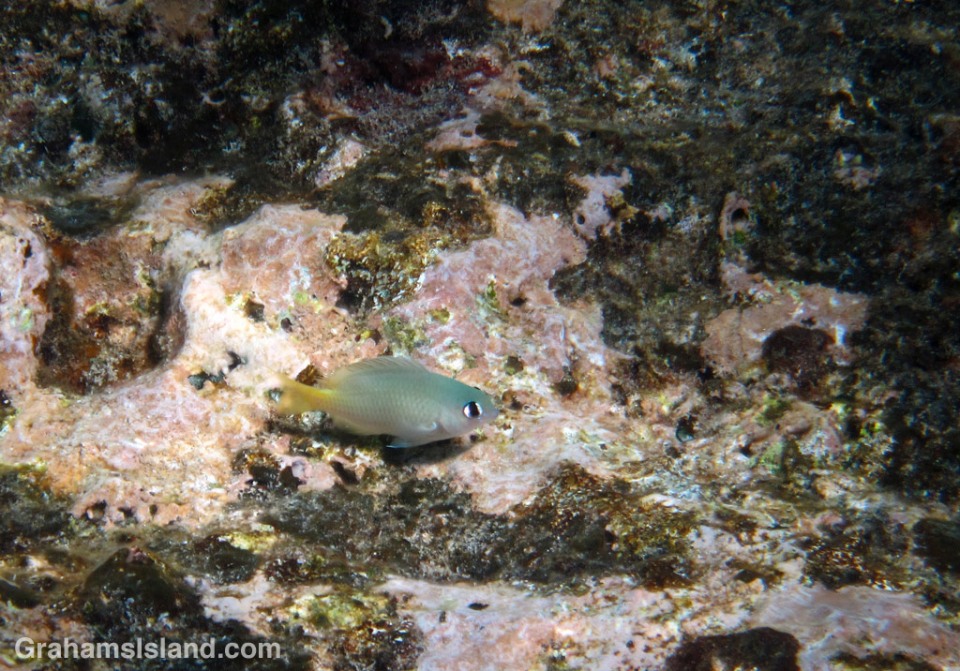 The aptly-named bright-eye damselfish is a tiny fish around 1 to 2 inches long. Despite its small size it aggressively defends its territory, usually a nook or hollow in the rock. It’s not unusual to see it come charging out at some much larger fish that has strayed too close.

Given that these fish spend all their time in one small area, often just hovering in the water, it would seem a simple matter to get a photo, but no. When they hover, they’re constantly moving, almost vibrating. And then they shoot off in one direction or another.

I’ve taken many of photos of bright-eye damselfish and the majority of them turn out to be pictures of bits of rock or coral. Locating the tiny fish on my screen is no easy matter, keeping it there, harder still. When I do manage that, often the fish is a blur or just a tail fin heading out of shot. Thus, this photo is something of an against-the-odds triumph – an entire bright-eye damselfish reasonably in focus.