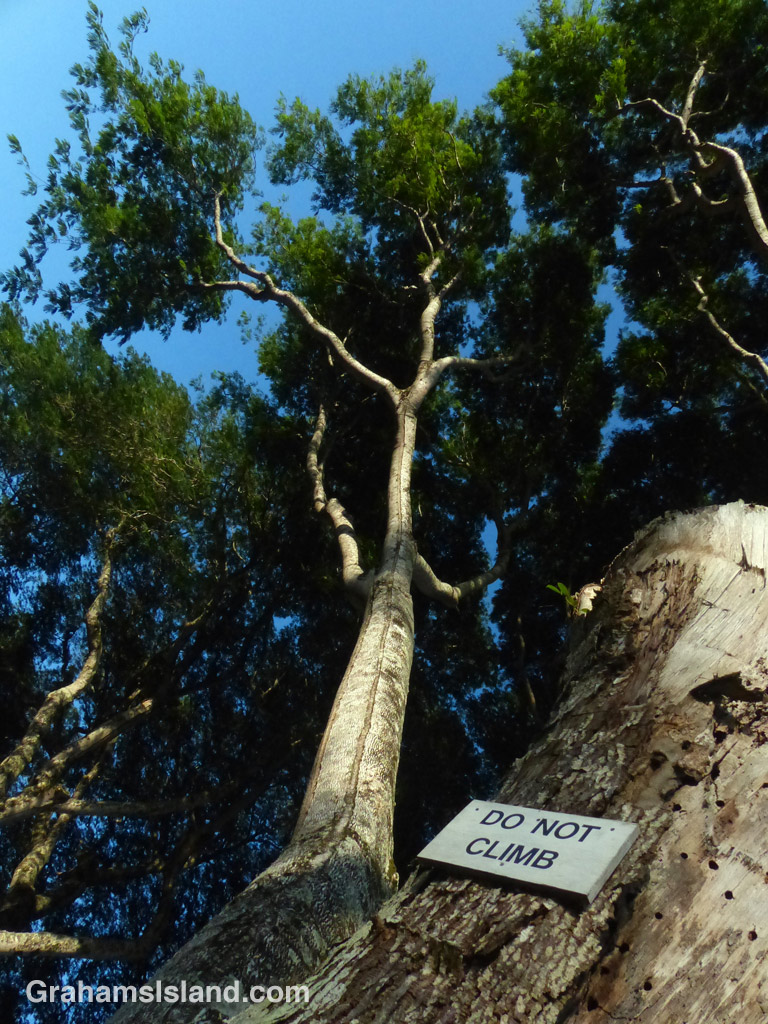 This week’s posts are in response to the WordPress photo challenge on the theme of ‘transient.’

This sign is attached to one of two mimosa trees near King Kamehameha’s statue in Kapaau. The trees are huge with the kind of bumps and hollows that invite exploration. They’re believed to be more than 100 years old.

Not long after taking this photo, I was somewhat taken aback to see the trees almost devoid of foliage, the limbs hacked back. It turns out that one of the trees basically split in two, took out power and water lines, a chunk of the other tree, and blocked the road. It was, as they say in potboilers, rotten to the core. The cleanup is still in process, but will likely involve the removal of both trees, more than a century old, but transient in the larger scheme of things.

1 thought on “Signs: Do not climb”