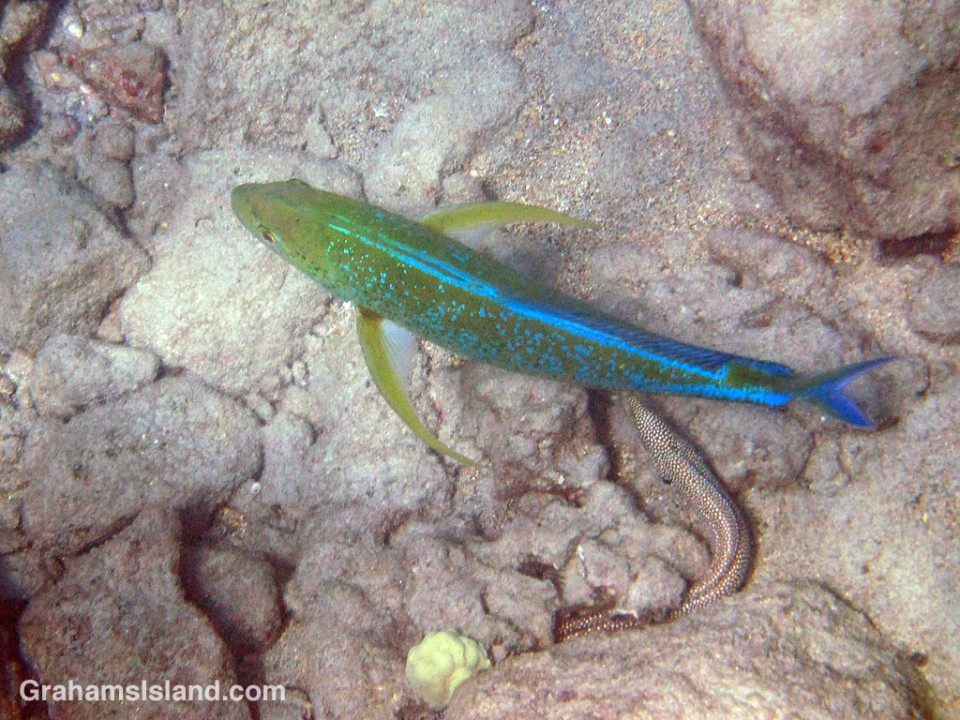 There are a fair number of predatory fish in Hawaii, that eat other, smaller fish. These fish have a variety of hunting strategies, everything from ambush to outpacing their prey. Some fish team up with other predators.

Fish that employ this latter strategy include various goatfish and bluefin trevallies. These fish often accompany each other on hunts, but either or both can also be seen with other predators including eels and octopuses.

I followed this bluefin trevally and whitemouth moray eel for a few minutes and didn’t see them catch anything, but they were definitely traveling together. If the eel hung out for a while under a ledge, as they like to do, the trevally would hang around, passing back and forth or circling the spot.

This tendency is actually helpful for spotting eels and particularly octopuses. Several times I’ve seen a goatfish or two milling around a rock for no apparent reason, so I’ve waited and watched. Sure enough an eel pops its head out or, better still, the rock turns out, on careful examination, to be mostly octopus.

There you go, an actual useful tip for snorkelers.