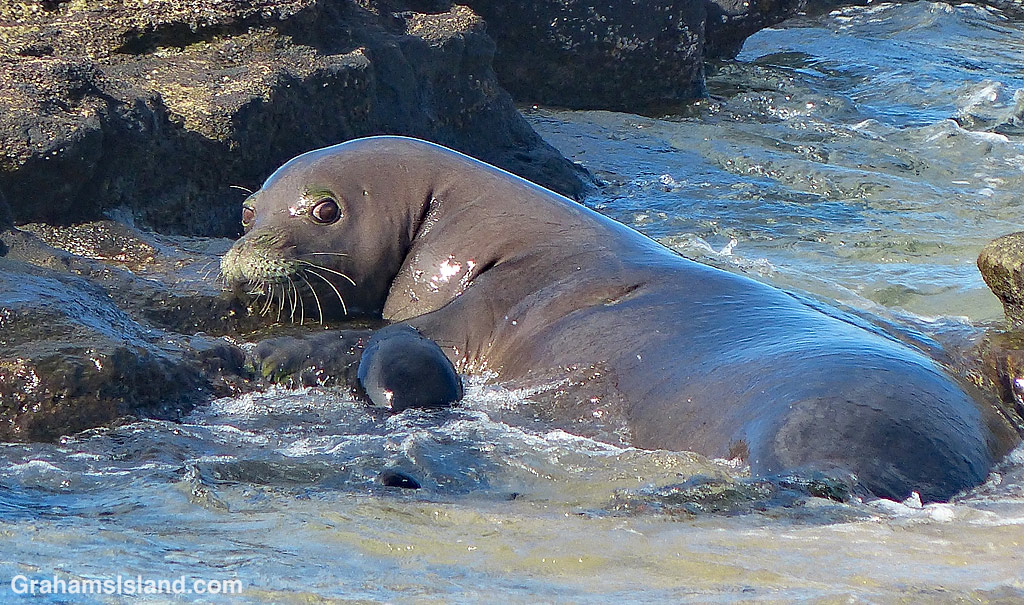 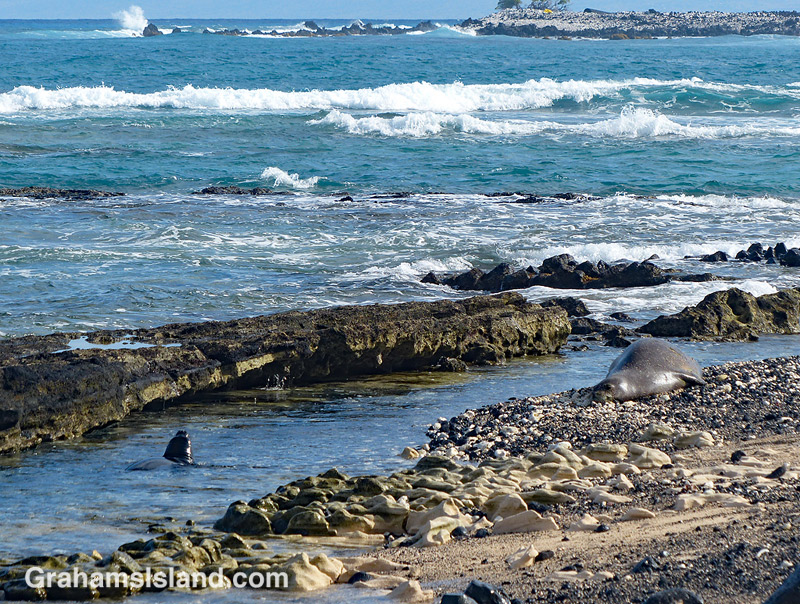 There’s a new monk seal pup on the Big Island and, happily, both mother and pup are doing well. The pup is just over a month old now and its mother will stay with it for another two weeks or so. At that point, she’ll head out to feed, having not eaten since giving birth, and the pup will be left to fend for itself.

I’ve been to see them three times and the pup’s growth has been dramatic as seen in the two photos lower right. In the top one, the pup is 11 days old and below, exactly a month old.

Posted in response to this week’s WordPress Photo Challenge to be a visual storyteller. 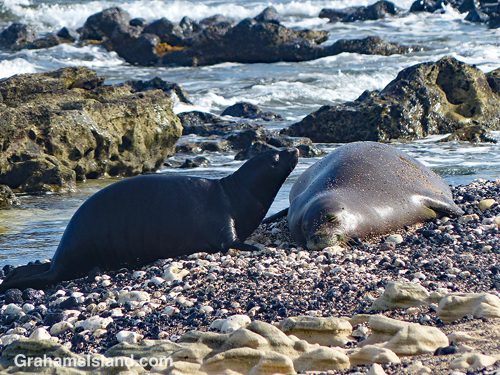 15 thoughts on “Hawaiian monk seal and her new pup”