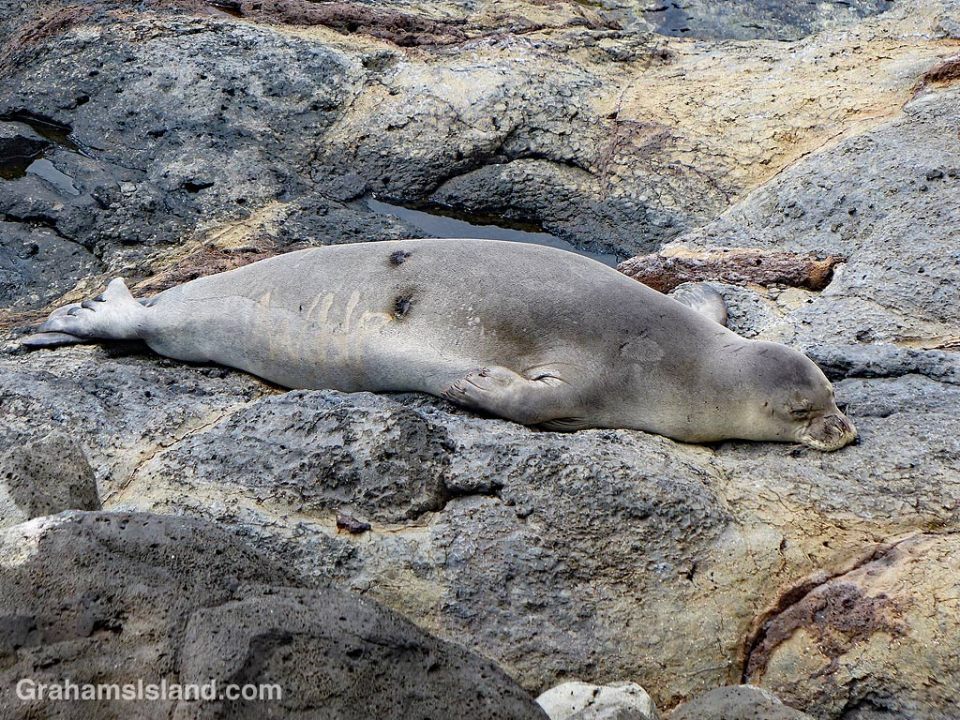 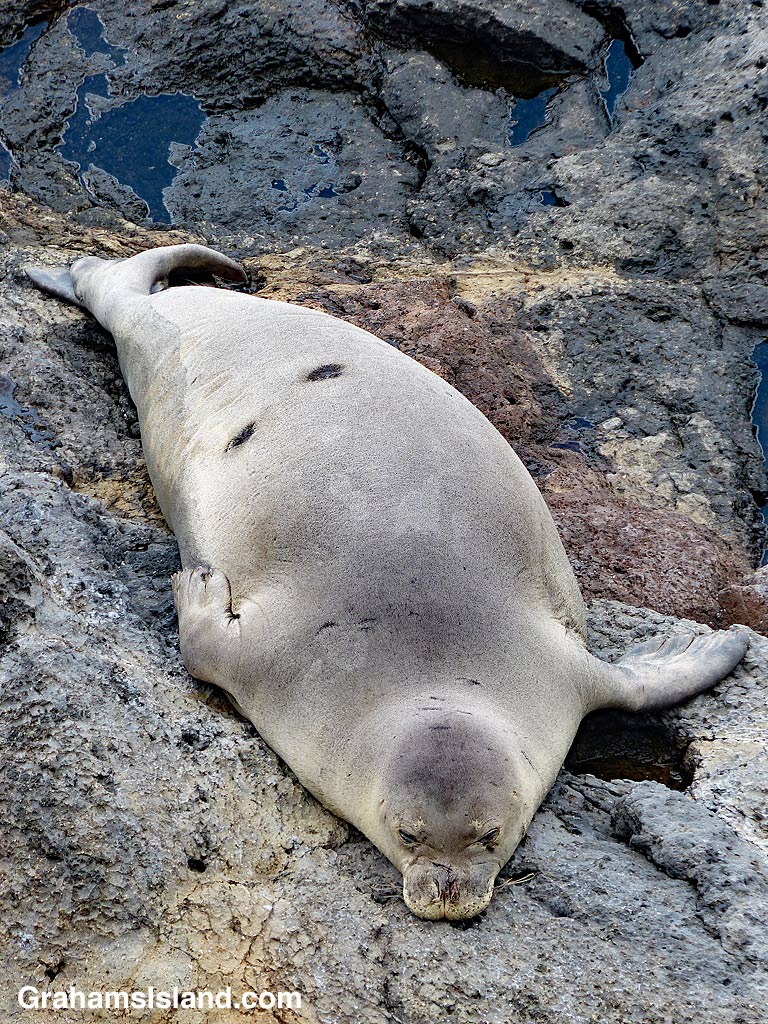 These are older photos, but still interesting to me. I spotted this monk seal one day, not too far from a second seal that is a regular around the Big Island.

The top photo shows some lighter marking on the side of the seal, below and behind the two dark marks. This lighter marking is bleaching, which is applied to seals when possible, to help researchers monitor the population and keep track of their travels. The bleaching only lasts a year as seals molt annually. In addition to the bleaching, most seals have red tags placed in their rear flippers, to help identify them. It can be a hit and miss method as these photos show. This seal has tags in both flippers, but they were never visible to me.

The other interesting thing is those two dark circles on the seal’s back. They’re made by cookiecutter sharks. Cookiecutter sharks are small dogfish sharks, less than two feet in length. They feed by gouging round plugs, hence the name, out of larger creatures such as monk seals.

Cookiecutter sharks live in the deep ocean during the day, sometimes at depths over two miles. At dusk they rise up toward the surface, before descending to the depths again around daybreak. Another reason not to go swimming at night.