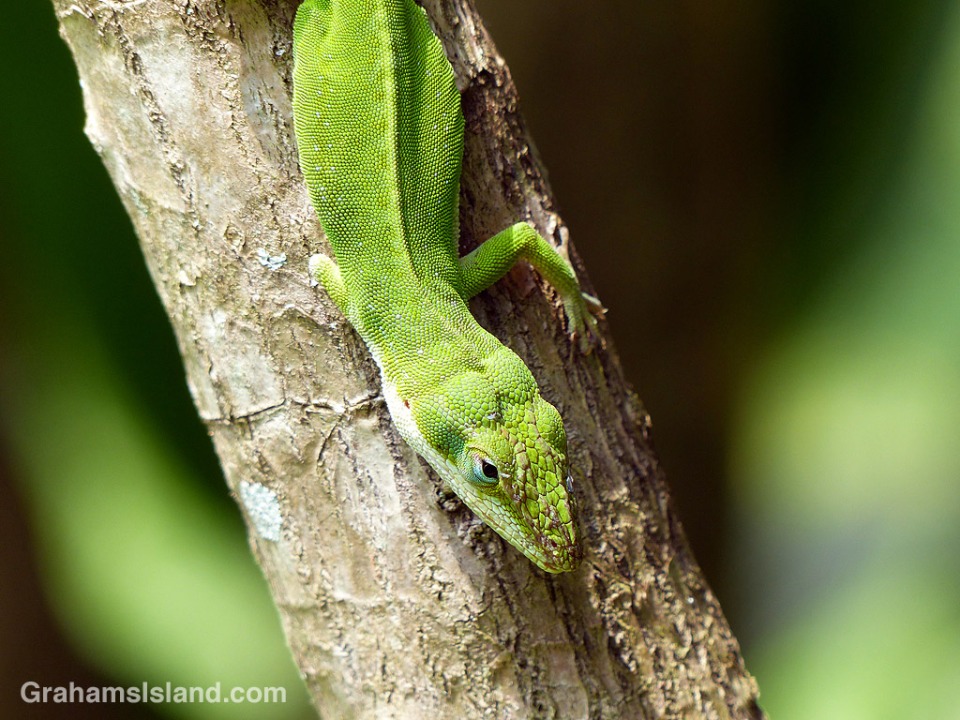 I love nature, but I’m reminded from time to time that it isn’t always warm and fuzzy. One such occasion was when I noticed that one of the resident green anoles was getting around on fewer than the standard issue number of limbs. Something nasty had happened to him, possibly in the form of a larger anole.

I’d always assumed that such a disadvantage would make it unlikely the creature would survive in its Darwinian environment, but it didn’t seem to bother this anole unduly. He defended his territory with vigor and while he had a slightly lopsided gait, it didn’t appear to affect his ability to get around or to hunt. I saw him more than once, leaping from one leaf to another and snagging some unfortunate bug that wasn’t paying attention.

So perhaps this was a different kind of positive aspect of nature — unless you’re a bug that is.

Posted in response to this week’s WordPress Photo Challenge ‘Unlikely.’