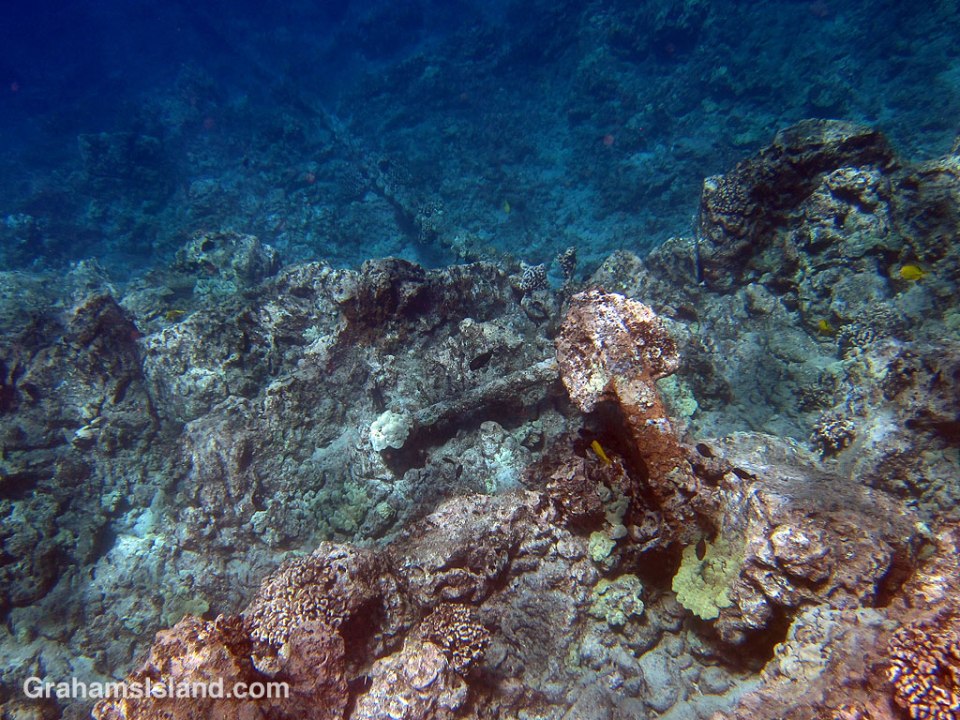 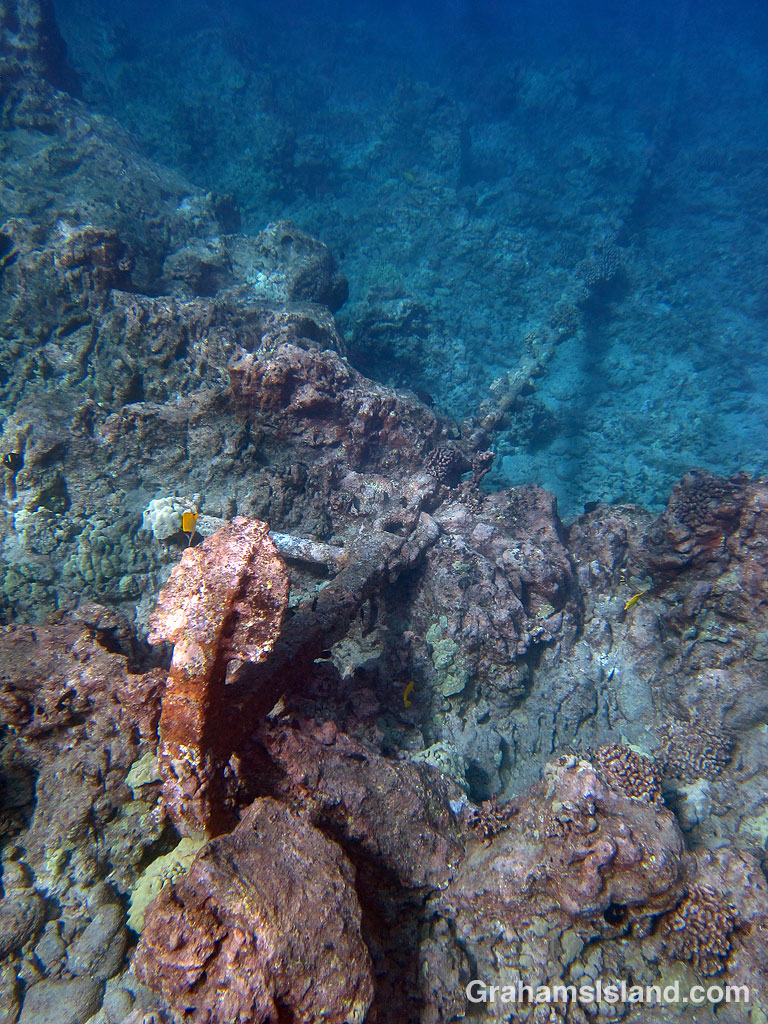 I can’t say for certain that this anchor and chain is more than 100 years old, but it almost certainly is. In the late 1800s and early 1900s, North Kohala was the center of the sugar industry with many plantations and several mills. This anchor likely dates from that time. It’s located in the bay where sugar used to be loaded onto ships.

I suspect the anchor isn’t lost from a ship, since it’s located in shallow water close to shore, with the chain leading out to deeper water – the opposite arrangement of how a ship would normally anchor. Instead, I think the anchor and chain were part of an offshore anchoring system used at the harbor. A ship would drop its anchor from the bow in deep water and attach to the anchoring system from the stern. This would keep the ship fairly stable and make the transfer of cargo, from small boats, easier.

After the sugar industry shut down, a lot of buildings and equipment were abandoned, and in the water, the anchoring system was left to rust.

5 thoughts on “An old abandoned anchor”