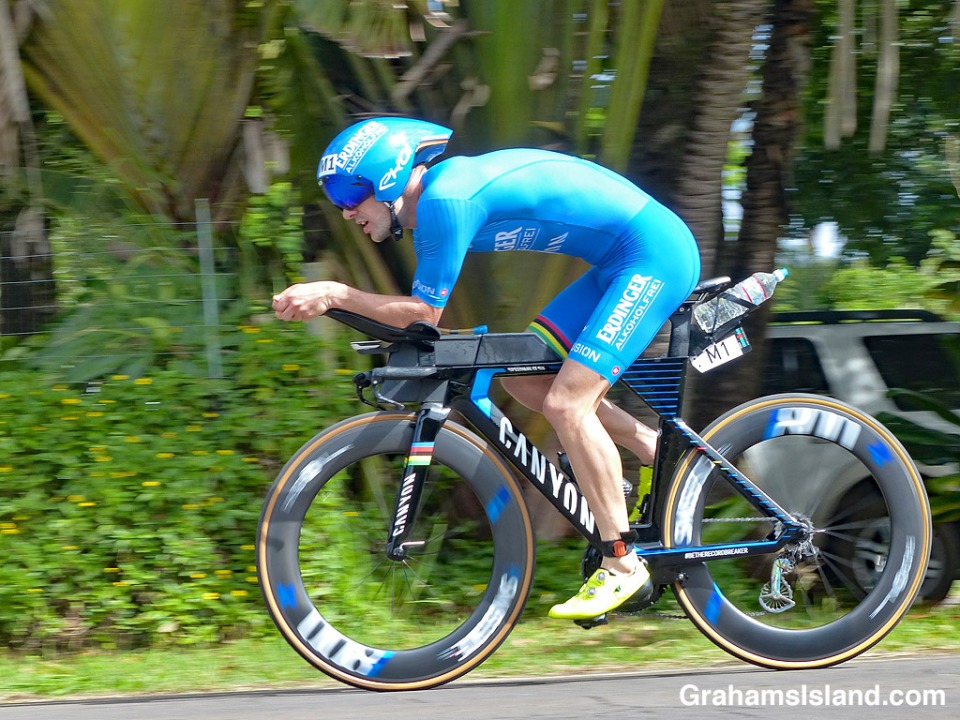 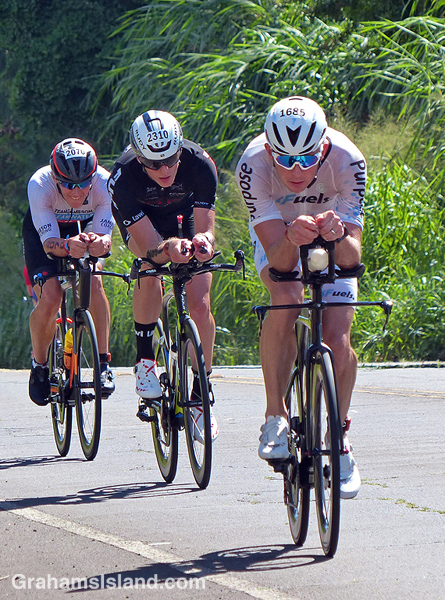 Saturday saw the running of the 40th edition of the Ironman World Championships in Kailua Kona. This is the event featuring a swim of 2.4 miles, a bike ride of 112 miles, and a run of 26.2 miles. As in previous years, I participated in this event by walking out to the main road and taking photos, whenever possible from a nice shady spot.

Actually, this year’s race was run in prime conditions for the athletes. It was overcast with occasional light rain and only a gentle breeze from time to time. Consequently many records were set, including new course records for both men and women.

The top photo shows men’s winner and defending champion, Patrick Lange of Germany, zipping by on his way back towards Kona. At left, Great Britain’s Susie Cheetham heads out of Hawi. Below left, Dan Plews of NewZealand (1685) leads Robin Schneider of Germany (2310), and Neil Eddy of Great Britain (2070). These three finished the bike leg in fairly close proximity, but after the marathon run, Plews finished 21 minutes ahead of Eddy and 45 minutes ahead of Schneider. Below right, Jodie Robertson of the U.S.A demonstrates the importance of color coordination while cycling. Bottom, a large group of riders roll into Hawi, the turnaround point of the bike leg.

For more information about Ironman, go to Ironman.com.