The skydiving plane that operates out of Upolu Airport, has lately been making some lower level takeoffs. A couple of times I’ve been walking up from the coast, east of the runway, when the plane suddenly zoomed into view and whizzed over my head.

On the third occasion, I was ready for it and got this photo. In this case, it was the pigeon that was startled and made a sudden takeoff of its own.

I saw this pigeon on the coast, below Upolu. It’s the only brown pigeon I’ve seen, though their colors can vary a good deal. This one was disturbed by my attention, though it was a fair distance away, so it took off, swooping down as it did so. However, it did clear the water!

When I was out walking in downtown Honolulu, I came across this scene. Someone had had turned on a hose up the street and the ensuing temporary river caused an instant influx of this hoard of white king pigeons.

I particularly like the presence of the Oahu Nature Tours bus in the background with its 924-BIRD phone number. Pretty easy work. Just pull the bus over, turn on a tap, and ‘Voilà.’

Posted in response to this week’s WordPress Photo Challenge ‘Prolific.’

I thought this was one of the local rock pigeons hanging out near the cliff edge, but when I got home and looked at the photo, I noticed the bands on its legs. A bit of research on birdwatchingdaily.com revealed that banded pigeons are the same rock pigeon species, but are usually lost racing pigeons.

Turns out there are three racing pigeon clubs on the island as well as several more on the other islands. Unfortunately, I didn’t have a photo with enough information on the band to tell where it might have come from. I saw the same bird a couple more times without getting a better view, and then it was gone.

I don’t know if it suddenly remembered its way home or simply ingratiated its way into the local rock pigeon flock. 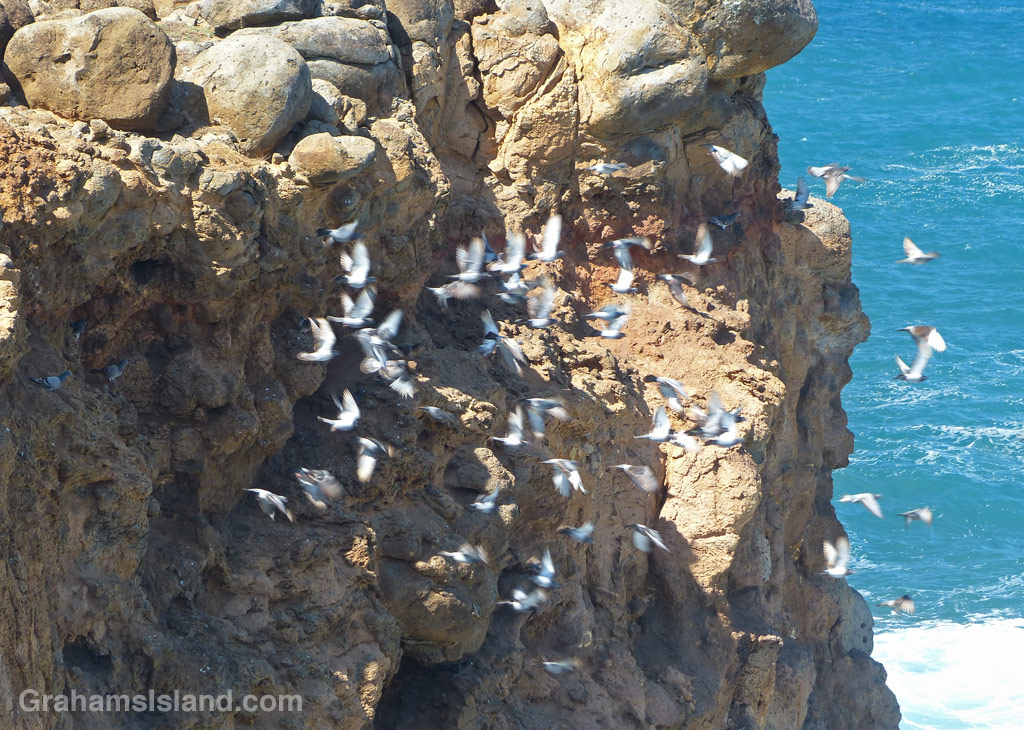 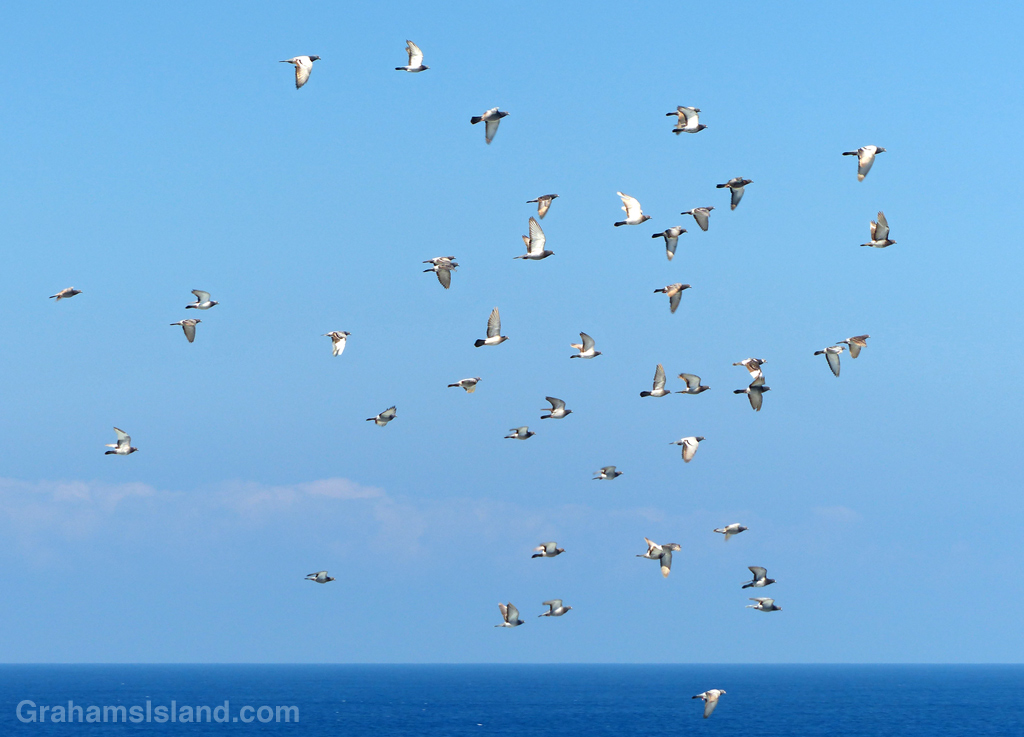 Rock pigeons (also known as rock doves) congregate on the cliff sides of the Kohala coast. These took off in a flurry, circled round, then settled down again.