One of the nice things about the hike up Pu’u Wa’awa’a is the selection of benches available for rest and contemplation, on the way up and at the top. This bench sits halfway up the steep slope that accesses the top of the hill. It gives a good view of Mauna Loa and the pastures on and around Pu’u Wa’awa’a. If you’re lucky, you might even see a dung beetle or three doing what they do.

When I first saw this bug, with its red back and gold sparkles, I thought for sure it was a beetle. But it turns out, it only resembles a beetle. It is in fact a cockroach, which left me with slightly less warm thoughts about it.

But it turns out that the Pacific beetle cockroach is quite interesting. It’s one of a few that are viviparous, meaning that it gives birth to live offspring. A couple of years ago, this cockroach was in the news because the ‘milk’ it feeds its young is a more complete food than cow’s milk and was being touted as the next superfood. Not that cockroach dairies were about to be set up, but the thought was that the protein crystals in the milk could be reproduced in labs.

This hasn’t happened yet, but who knows. I bet Gwyneth Paltrow is out there, milking cockroaches, even as I post this.

This week’s Sunday Stills challenge theme is ‘A Bug’s Life.’ (See more offerings here.) My last Sunday Stills post could have worked for this one, but instead I’m going with this fine-looking monkeypod borer beetle (Xystrocera globosa), also known as the raintree borer beetle among several alternative names. This longhorn beetle comes from southeast Asia where it is widely distributed.

As is often the case, it’s the larvae of this beetle that cause problems. They don’t tend to harm healthy trees but will bore into the sapwood of monkeypod trees that are distressed by drought or other reasons. While the damage caused is seldom enough to kill an entire tree, it can result in the loss of limbs.

This one hung out on a wall at work for a couple of days before it disappeared, possibly to a nearby monkeypod tree. 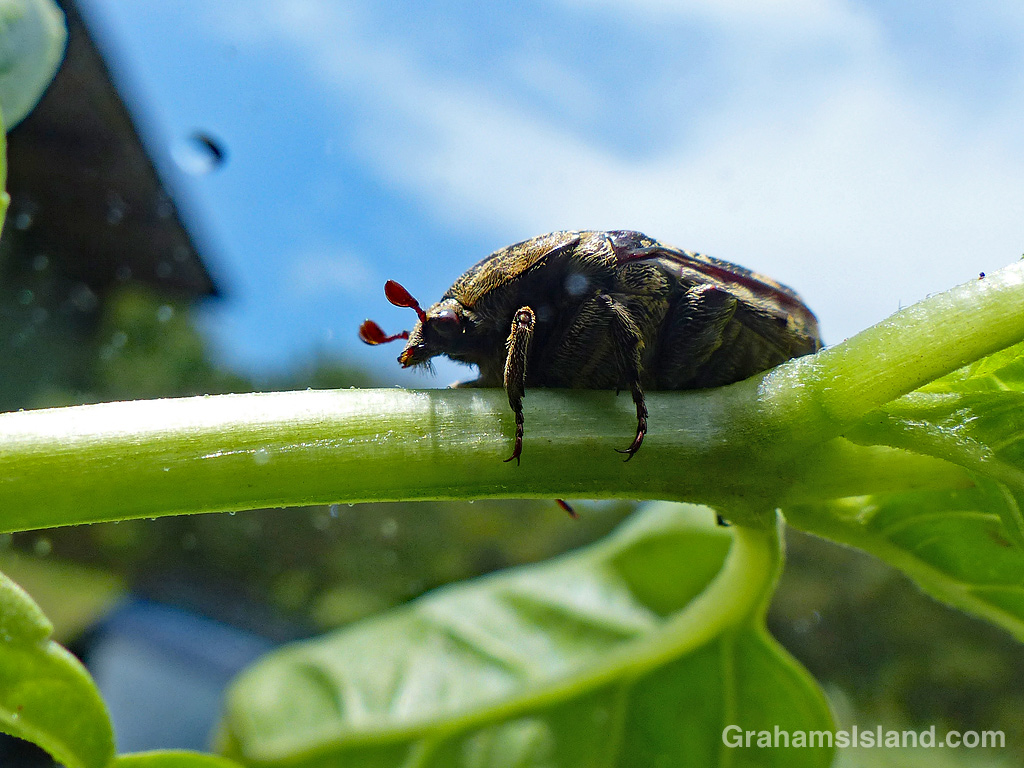 This mango flower beetle wasn’t on a mango flower, but on a basil plant. It wasn’t exactly lost though. A giant mango tree looms over the deck where the basil plant is growing. 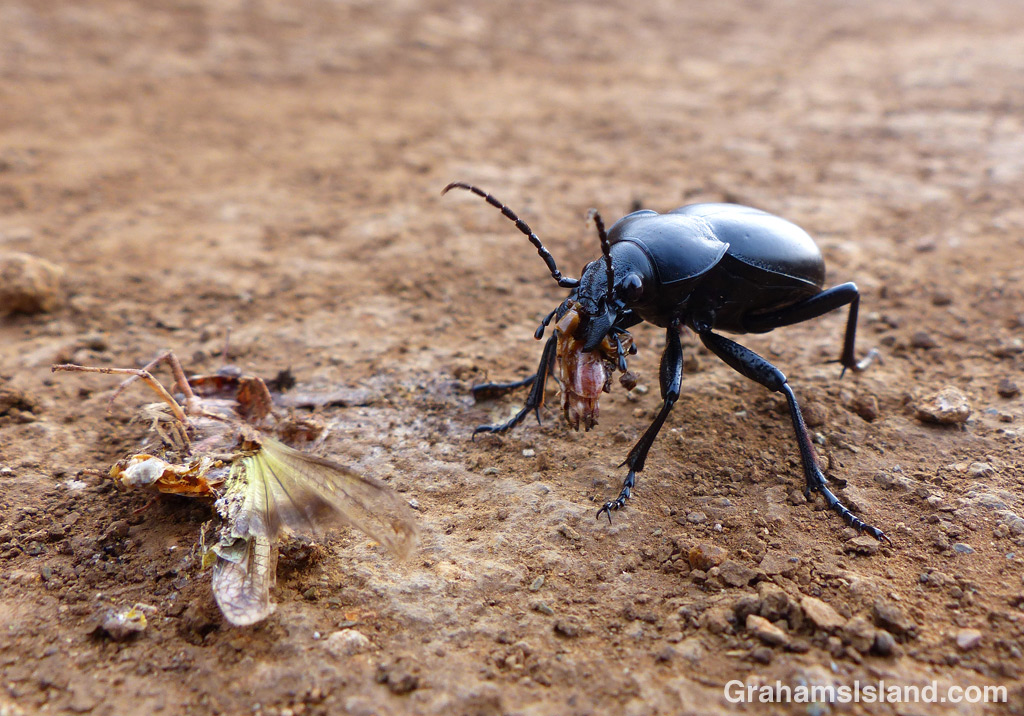 This ground beetle, possibly Carabus nemoralis, might not have anticipated finding a butterfly or moth squashed on a dirt road, but it wasn’t about to pass up a free meal.

A pair of variable lady beetles mating on the underside of a leaf on a passion flower vine. 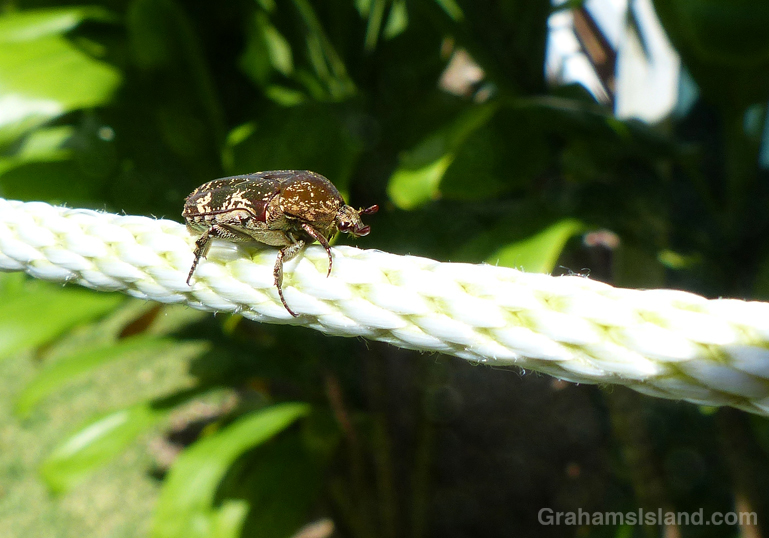 This mango flower beetle was hanging out on the washing line. Probably wouldn’t be right at the top of a ‘cute creatures’ list.

I came across these industrious beetles about half way up a steep trail. They’re rolling dung beetles, as opposed to ‘tunnelers’ or ‘dwellers.’ Tunneling dung beetles dig a hole and bury their dung. Dwellers simply live in the dung where they find it. Rolling dung beetles make a ball, roll it away, and then bury it. In each case, the purpose of this activity is for the female to lay her eggs in the dung. When the egg hatches the larva will have its food source ready and waiting. Yum!

I’m glad my mother didn’t opt for this strategy, but dung beetles make such a valuable contribution in recycling this waste that they’re often introduced into areas to help in this process. And that’s not the only laudable quality they possess. According to livescience.com, dung beetles can also navigate using the Milky Way, the only non-human creatures known to do so.

I have to say, I was a little worried about how these two would get on on this steep hill. They weren’t around when I returned.